By Admin July 09, 2009
A few decades ago, drawings are done manually using a straightedge and a pen or pencil. Now with the advancement of computing technology, all the works are done inside the computer. Computer Aided Design, Manufacturing, and Engineering (CAD/CAM/CAE) revolutionized the world of engineering in a state we cannot imagine if we are living 50 years ago. In this article, I will take you to the world of “modern engineering” and how CAD/CAM/CAE makes engineers’ job faster and more efficient.

NX (Formerly known as Unigraphics) by UGS-Siemens.Image via Wikipedia

Part and Assembly Modeling (CAD)
Before, making an isometric view of a mechanical part is a burden for engineers whose hands are not good in drawing. Also, the accuracy and clarity of the lines and dimensions varies from person to person. Today, with simple commands like “extrude”, “cut”, “join”, you can make extremely complicated part designs in a far lesser time than before.

With the latest commercial packages of high-end CAD softwares, the creations of intricate parts are made even easier. “Parametric” modeling makes it easier to modify the part solid by just changing the parameters. Before, drawings are dead and should manually be changed. Now, the just change the parameter and it will automatically change the part and update the assembly. This is made possible by the complex programming engines behind these modern CAD packages.
Before, assemblies are checked visually on the drawing. Today, assemblies of solid parts in CAD are easier and faster to spot interferences between parts. These improvements helped avoid re manufacturing due to static and dynamic interferences that is easily bypassed by inexperienced designer.

Stress, thermal, mold flow analyses and other engineering analyses were once done by using 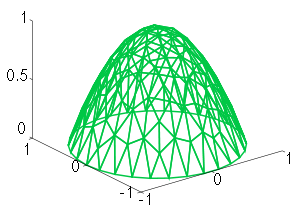 theoretical equations. With CAD software, engineering is a lot easier and far more accurate than ever before. Finite Element Analysis (FEA) is the feature of CAD packages that do the stress simulation on the part. Finite Element Method (FEM) is the concept behind this. It was a numerical technique of solving partial differential equation. In case of a part, it was divided into small portions called finite elements. Each element stresses are solved using simple stress equations. All these elemental results are then combined using differential and integral calculus to give the overall behavior of the part. With the help of modern computers combined with graphical illustration, the Finite element Analysis becomes a lot easier. It is now easier and more accurate to pinpoint what portion of the part or assembly will probably fail and under what condition it might fail. 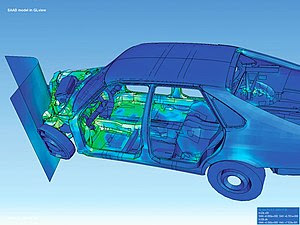 Finite Element Analysis on a car.Image via Wikipedia

Authors Note
I am hoping that even public universities like ours, TUP will be better equipped with the latest information about the new technologies involving our profession—mechanical engineer. When I landed on my first job, I was overwhelmed by the vast gap between the latest technology and the curriculum we have at school.

Filipino engineers have a lot potential to be great innovators. Sadly, no one is there to support us. The government has other priorities than improving the technological advancement of this country. We are a country ran by politicians who only knew about politics.