By Admin October 21, 2009
Most universities and colleges in the Philippines are requiring students to conduct a final project study or thesis before they could graduate. For mechanical engineering students, however, one of the common trends is to design a machine and prototype it. Well, there’s nothing wrong about prototype projects. But what usually happen is the machine ends up in the warehouse. Rusting and decaying. The project that the students have invested in a lot of time, money and effort just ended up useless.


Well, if you’re intention is just to pass the subject, well maybe you don’t have to think about it. But if you want to have a project that will make you graduate and at the same time can be very useful, think more ideas.

There are some tips on how to have a useful project study.

Yes, the most practical thing is to design something that will benefit the university. A good example is with regards to waste management design, a compactor of trash. Whether it’s mechanically driven or not will depend on your choice. Another idea is to design laboratory equipment for testing or demo purpose. For example, design a gear train that can serve as demo equipment for the students in machine design.

In most schools, project study doesn’t necessarily need a working prototype. Aside from the fact that it’s really hard to design and build a machine in one year, it’s very expensive. The components are specially produced so each part cost a lot. I would admit that I fell in the same trap when I made my project study. As a team, we spent almost forty thousand pesos for that project study. The sad thing is that it’s there on the school rusting and useless.

Why not have project like a research on a particular topic? One good example is the optimization of air conditioning ducts using software. 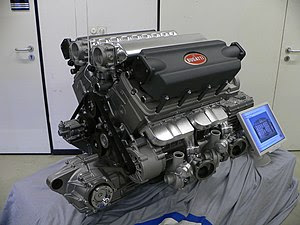 Sometimes the Department of Science and Technology (DOST) sponsor some project studies. One good example is when the concept of biodiesel was at the peak of its popularity they sponsored projects of selected student groups. Among these is the mechanical extraction of biodiesel from Jatropa (tuba-tuba) plant.